Beyond War's Aboriginal partners have diverse aspirations and visions for the future. But together, recognition of the history and sovereignty of this Land is key. A Peaceable Sovereignty is the way Beyond War "pays the rent". A proportion of all donations will go to Aboriginal Projects. 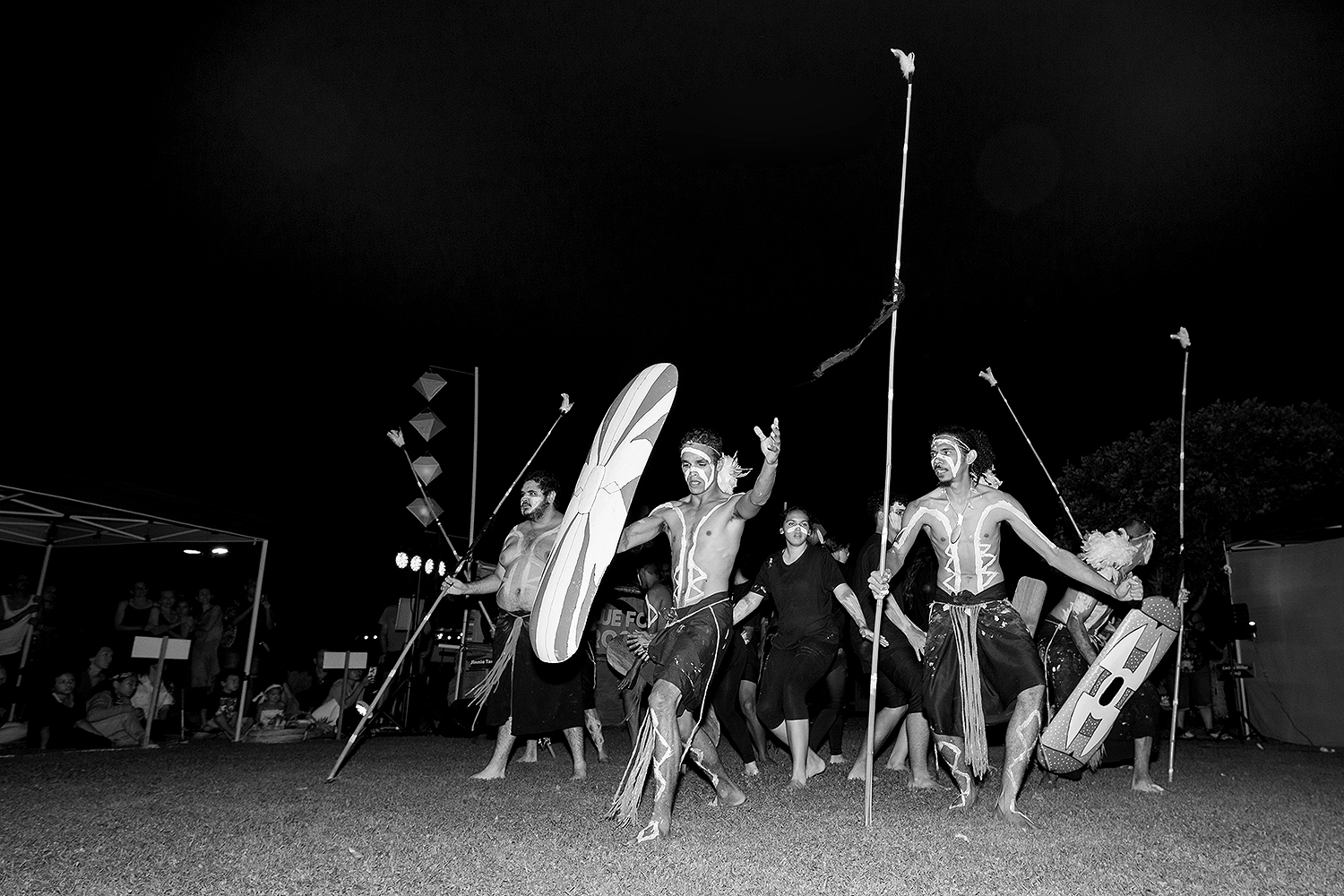 Partnering with Gimuy Walubara Yidindji and Gimuy Peace Pilgrims, from the heart of Cairns in Far North Queensland, we support a Frontier Wars Ceremony. The ceremony has occurred each year since 2016 and is an opportunity for local community to highlight and heal from severe Frontier violence in the Cairns region.

In 2018, Beyond War partnered with organisers of the Frontier Wars Storytelling Camp before ANZAC day in Canberra. Bruce Pascoe attended the Storytelling Camp to share the truth of European colonisation of this Land.

A Peaceable Sovereignty has also partnered with ASEN (Australian Students Environment Network) to support First Nations people to attend the Students of Sustainability conference in Narrm, 2018.

We recognise that events occurred during settlement of this land that contained all the brutality of events you find in any war: battles, defence of land, massacres, poisonings, pursuit, kidnapping, rapes, disappearances, and torture. These wars, which rolled out over 80 to 100 years, were then never spoken. The silence itself was held by violence.

We look forward to supporting sovereignty-related projects which draw the links between the true history of the violent dispossession that occurred in these Frontier Wars with a view to restoring right relationships between First Nations people the land and the migrant people that continue to arrive on these shores.